I posted 28 weeks right on time last week and since then we’ve celebrated Christmas, New Years and for the first time in 17 years, the Buffalo Bills going to the playoffs! So its been a very exciting 2 weeks!

I think I’m going to skip the survey again and just do some bullets. I feel like it was more interesting then the survey plus I have a lot to share with the holidays.

-29 weeks and 4 days today, we are almost to the big 3-0 Countdown. I feel like I’m so excited to be there that I’m jumping the gun and anyone who asks I just say I’m already 30 weeks, or that I only have about 8-10 weeks left (wishful thinking that she will come 2 weeks early like her sister did!)

-Christmas kicked my butt, I literally made myself sick on Christmas day night. Not sick, sick, but so exhausted that my whole stomach was tight and achy, I could barley stand on my two feet and my back felt like it was breaking in 9 places. We hosted Christmas Eve brunch, went to my parents for dinner, woke up at 5:30am Christmas Day with Ada and went non-stop all day getting ready and hosting a big dinner again, with our first guests arriving around 1pm and the last leaving close to 10pm.  Dad had to do bedtime because I felt so awful and I made Ada watch her show and have her milk in my bed with me because I couldn’t move. It was not the way I wanted to end Christmas but I was glad I woke up feeling much better the next day.

-I got the best Christmas gift ever from my amazing husband, hopefully I can continue wearing it throughout this pregnancy! Ada calls it glitter, which I love! 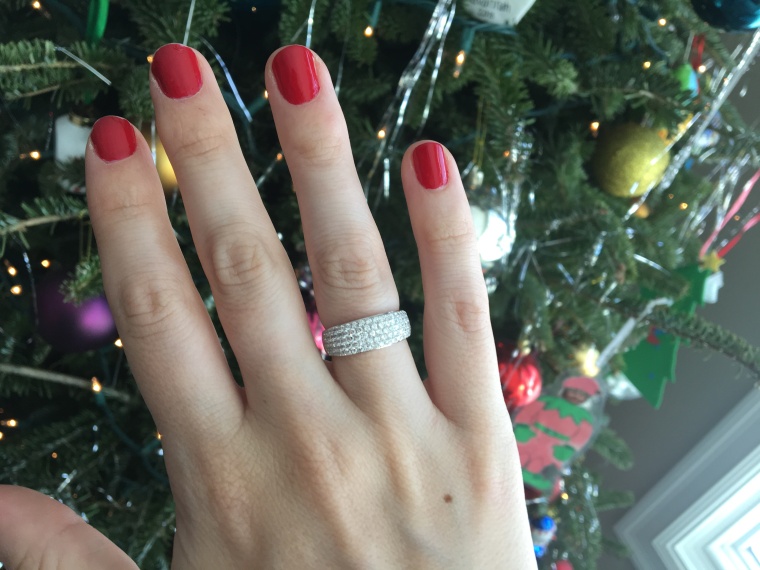 -The tailbone pain that is setting in is REAL. It started way earlier with Ada, like it was one of my first pregnancy symptoms and it was bad enough to keep me from running a half marathon that I signed up to do, but it got better and was only mild compared to this. Its not constant now but when I have it, I can barely walk. I need to make sure I am getting up every 10-15 minutes so I don’t stiffen up.

-I’m trying to workout again. I know it feels like its too late to even bother, but I’ve kept the weight down a little, and I’m still starting to notice it in my face and arms so I thought if I could get some cardio in and some light upper body stuff, It would help in the long run. I’ve been giving myself the holiday excuse to eat like garbage and now that Its a new year I feel like its a good time to stop making excuses and eat better in general. I’ve stayed pretty active the whole time between chasing a 4 year old around, moving, traveling and the holidays that I don’t feel super out of shape, so I think I’m safe to ease back into a gentle routine.

-Braxton Hicks are getting worse (as I expected) they are not all that frequent yet but when when they come they are pretty intense.

-I’m sleeping like crap. I am so uncomfortable at night that I just toss and turn from side to side (a lot of its because of the tailbone). I fortunately don’t wake up feeling like I didn’t sleep at all, but I just can’t get comfortable. Ada has been sleeping good and she got her new “Ok to wake” alarm clock from Santa, so she’ll even stay in her bed until 7am, but I usually have to get up to pee at least once or twice myself anyway.

-Stealing from my survey a little bit: Best moment this week, I hung curtains and finished hanging the gallery wall in the nursery all by myself!! I was determined to get the last few things done in there, and my nesting was a bit crazy having so much time off between Christmas and New Years. I only have a couple things left to do for the baby’s new room. I’m working on reorganizing the playroom and our guest room too, so I ordered some stuff online that I am waiting for, then I think I’ll steal the shelf that’s in the play room now and reuse it for the nursery! See… the nesting stuff is bad! I told my husband to watch me, the day I went into labor with Ada I went on a cleaning frenzy, even vacuuming out the fridge. That seems to be my queue that the end is near! I’ll share nursery pictures when everything is done. This was my major project in the guest room, getting my craft closet organized since it got dumped on when we moved in. 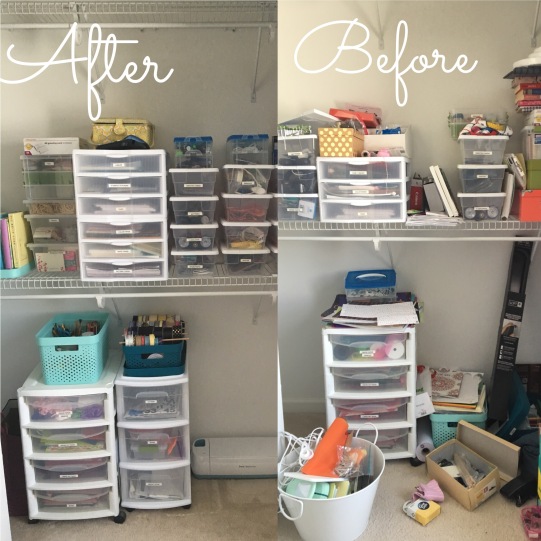 -Baby is moving like crazy! Big aggressive movements now. She seems to be snug on my right side which I think is where Ada spent all her time. I think now that the bump is so big and Ada can see it more she’s grown more and more obsessed with her baby sister. Its so sweet! I cannot wait for the first time she gets to meet her in real life. Ada talks to her All.The.Time. She gives the baby a play by play of everything we are doing and cannot leave or enter a room without kissing and hugging my belly. She also just loves to lay her head on my stomach any time we are snuggling together, which at this point is so uncomfortable for me, but too cute to make her move #MomLife.

-Not only did I host Christmas (twice) but we also hosted my best friends baby shower and New Years Eve. both were much less stressful, and I really had fun opening my house up to all our friends for these special events. Here are a few favorite pics from those! 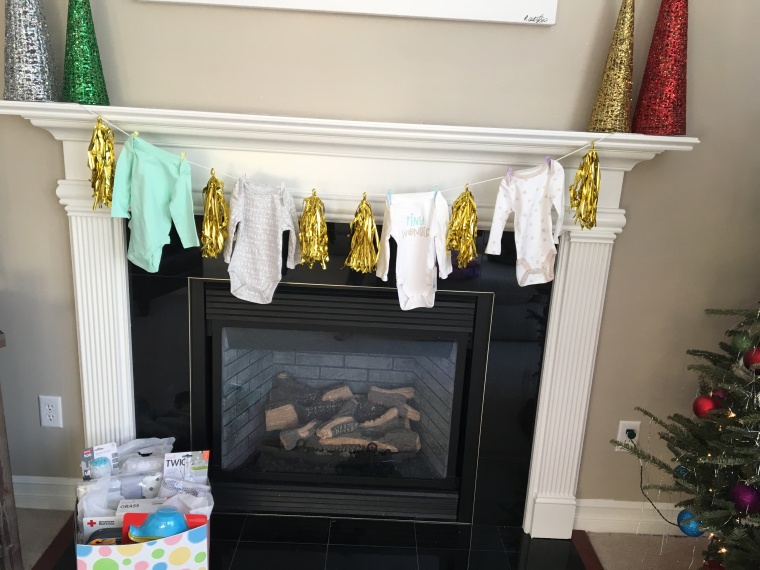 The last picture is the best because she literally fell asleep on me like this at 11:54pm. She made it ALMOST to midnight and then had to sleep on me in such a way that it was almost impossible to get up to ring in the New Year 6 minutes later! Kids are A**holes like that!! She’s lucky I love her so much!

And that’s about it for baby news this week. We were mostly consumed with the holidays and now that its all over, I’m ready to slow down for a few weeks and wait until this baby arrives.  We’ll be finishing up the nursery and buying a few last things that we need. I’m working on a Big Sister hospital Bag/Gift for when Ada comes to meet her and I need to dig out some stuff from basement storage like the car seat, my pump, and other feeding supplies, some of which will need replacing.  Next Doctors appointment is on Tuesday and as promised I want to try and do a side by side photo of 30 weeks pregnant with Ada and 30 weeks with this one!

Hope everyone else had a very happy Holiday and is ready to start fresh with a New year! We sure are happy to see 2018!!