We’ve of course been busy getting ready for Christmas at our house. We went and got our tree Sunday after Thanksgiving. Every year I say I want to go to the Christmas tree farms and cut down our own tree, but since timing or weather never allows for that I’ve settled on just going to a local place and getting one. At least it’s real, which is the best! 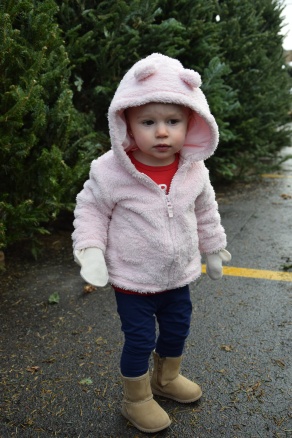 I had to give the tree a few days to fall out, but yesterday we went on a decorating spree, I pulled out all our stuff and while Dan sat on the couch and worked, I put it all together while Ada took it all apart! She had fun with all the ornaments and lights though! 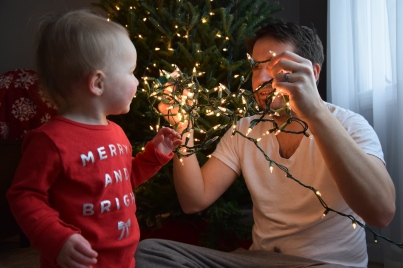 Ada also had a visit from Boo the Elf last Friday. It’s only been a week, but I think she already gets the whole Elf on the Shelf thing. We didn’t bother with the book because she obviously doesn’t understand the concept of Elf watching her, but she has had fun coming downstairs every day and finding her. I don’t do anything crazy, Boo just moves around every night. I’m not into Elf causing mischief around the house like so many of these intense Pinterest ideas suggest. the point is just for them to watch you and report back to Santa so Elf causing drama and making a mess on my kitchen counters seems counter-productive! I think next year will be even more fun with her!