This weekend we took Ada to her first baseball game! There were supposed to be fireworks after the game, so we planned to keep her up late, but we got caught in some torrential down pours. so the fireworks were cancelled. She still ended up staying out late because we were trying to dodge the rain. I hadn’t been to a game in years either and was looking forward to the fireworks but we all had fun though despite the weather and we had really great seats! 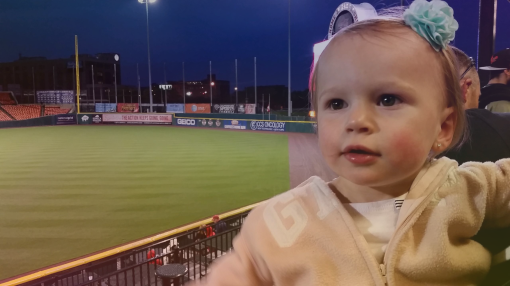